November 28, 2019-0 Comments on Are You Grateful?-Questions Jesus Asks, Uncategorized

The Gospels record over 300 questions that Jesus asked during His ministry. Yet He directly answered only three of the 183 questions that people asked Him. Why? Perhaps because answers satisfy our curiosity and put our minds to sleep. Questions, on the other hand, stir up our thoughts, hassle our consciences and push us to find answers through deeper study. They encourage conversation and investigation. Good questions can be transformative. Jesus’ questions have the power to cut through our assumptions, prejudices and fears to show us what is truly in our hearts. If we prayerfully answer them, Jesus’ questions will transform us.

Jesus’ questions to us this week are set in a familiar story – one about ten lepers who found healing but forgot to be thankful.

“Were there not ten cleansed? But where are the nine? Were there not any found who returned to give glory to God except this foreigner?” Luke 17:17-18 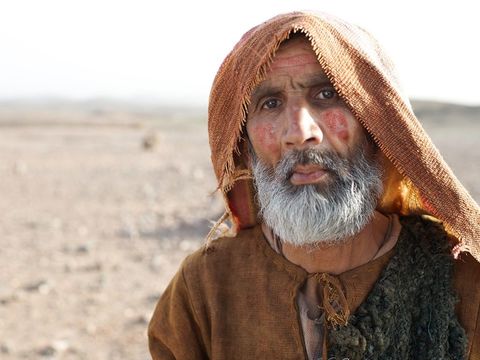 Leprosy took everything of value from the Samaritan man. Picture credit: www.LumoProject.com

Geshur could not remember how long it had been since the strange bumps first appeared on his ear. His wife had noticed them and they had wondered what it was. When they spread across his face it became unmistakable – leprosy!

From time to time Geshur’s wife or daughter would place food for him on a rock a safe distance away. He knew they were trying to help him, but those fleeting glimpses of his loved ones broke his heart. How much he had lost because of this awful, uncurable disease!

Recently, however, they’d heard strange reports about a man named Jesus who could heal leprosy. Some said He’d even touched a leper when He healed him. That was unheard of! Could He be the long-awaited Messiah?

Then one day a crowd approached the nearest village. Geshur and the other lepers grabbed their walking sticks and hobbled as close as they dared.

“Jesus is coming!” The shout fanned their smoldering hope into white hot flame.

“Jesus, Master, have mercy on us!” one of the lepers started the cry. Soon the rest joined in, “Jesus,

Master, have mercy on us!” 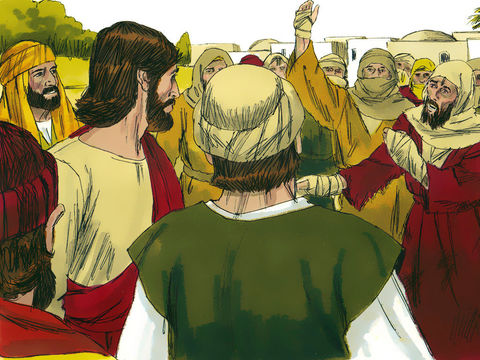 Yet Geshur held back. He was a Samaritan. The other lepers tolerated him—not that they had much choice. They were all under the curse of God. But would this Jesus, a Jewish teacher, help him? He might heal the Jewish lepers but not him.

How he wanted healing! To be able to return home to his family again, to work his farm, to feel the soft wool of his sheep! Utter longing forced the whispered cry from his lips, “Jesus, Master, have mercy on us!”

Then Jesus spoke, “Go, show yourselves to the priests.”

The lepers looked at one another in confusion. Why would they do that? They were covered in leprosy! Did Jesus mean they would be healed? Maybe! It was their one chance and they must not miss it! They turned and began hobbling towards Jerusalem. It would take them days to get there.

Geshur followed along behind, barely daring to hope that Jesus’ command might apply to him too. Then suddenly he realized that something was different. He could walk easier. He looked down—his fingers were all there! He reached up and touched his face. The rough, bumpy skin was gone. He could feel! The others too had realized they were healed and were shouting gleefully as they raced towards Jerusalem.

Suddenly Geshur stopped in his tracks. Jesus had healed him! A Samaritan! The sudden realization of what God had done for him filled his heart with unutterable joy and gratitude. 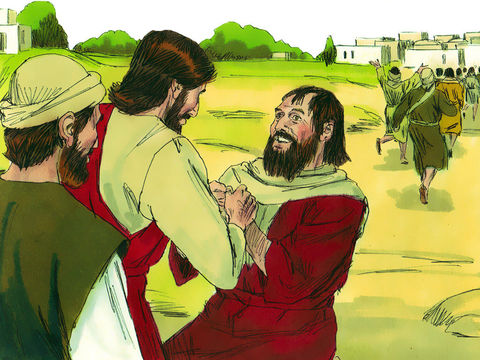 “Were there not ten cleansed? But where are the nine?” Jesus asked, sorrow choking His voice. “Were there not any found who returned to give glory to God except this foreigner?”

Then Jesus knelt and lifted Geshur to his feet. “Arise, go your way,” Jesus told him gently. A smile curved His lips and softened the sadness that filled His eyes. “Your faith has made you well.”

The story of the ten lepers in Luke 17:11-19 shows us how much Jesus values our heartfelt gratitude. The ingratitude of the nine Jewish lepers—Jesus’ fellow countrymen—broke His heart. He had rescued them from a life of isolation, physical deformity and emotional pain. Yet they could not even stop to say thank you.

What much joy the one leper’s gratitude brought to Jesus! His heartfelt thanks brightened Jesus’ day and renewed His courage.

Are you and I ever like the nine ungrateful lepers? Do we receive Jesus’ blessings without a backward glance of thanksgiving, content to be healed but not know the Healer?

“Our devotional exercises should not consist wholly in asking and receiving. Let us not be always thinking of our wants and never of the benefits we receive. We do not pray any too much, but we are too sparing of giving thanks. We are the constant recipients of God’s mercies, and yet how little gratitude we express, how little we praise Him for what He has done for us….” Ellen White, A Call to Stand Apart, p. 28. 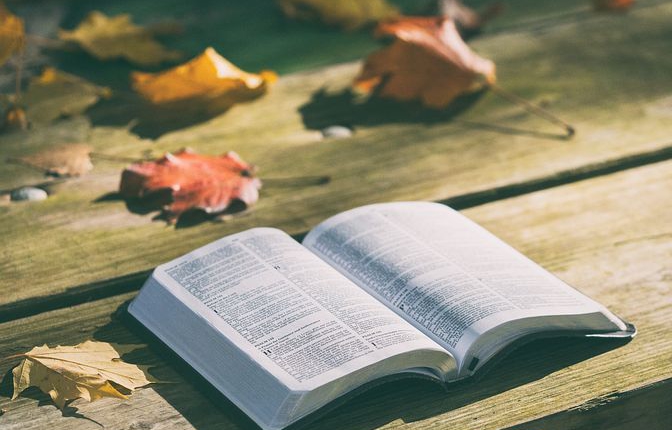 We cultivate gratitude by reflecting on God’s faithfulness as revealed in His Word.

Over and over the Bible tells us to “give thanks” and to “praise God”:

Is God asking us to build up His ego? Hardly!

“Recent findings in positive psychology point to the enormous psychological and even physical benefits of gratitude. Giving thanks leads to increased energy, generosity, enthusiasm, sociability, health and resiliency in the face of stress. Gratitude is an empirically proven path to a longer, happier life.” – Christopher Kaczor Does Belief in God Enhance Gratitude? Washington Post, August 21, 2015

Gratitude does more than benefit our physical and psychological health. Gratitude transforms our spiritual lives. It sees the mundane things of life as blessings from God. Each one is an invitation to worship. When we choose gratefulness as our default attitude, we change both the direction and the feel of our lives.

How do we cultivate an attitude of gratitude? By “feeding on His faithfulness.” Psalms 37:4. We choose to look “at Him, through what He’s revealed to us about Himself, until we see some aspect of His glory that transcends the paltry or corrupt things clamoring for our attention right now — glory that produces an awe-filled joy we can’t help but express in praise. Our delight-filled praise not only glorifies God and gives Him pleasure, but also lovingly points others to the same glory we’re seeing and the same delight we’re feeling — because we always praise (to others) what delights us.” – Jon Bloom, The Most Repeated Command in the Bible, DesiringGod.org

Our gratitude and praise uplifts our wonderful Jesus and draws others to Him.

“To praise God in fullness and sincerity of heart is as much a duty as is prayer. We are to show to the world and to all the heavenly intelligences that we appreciate the wonderful love of God for fallen humanity and that we are expecting larger and yet larger blessings from His infinite fullness. Far more than we do, we need to speak of the precious chapters in our experience… These exercises drive back the power of Satan. They expel the spirit of murmuring and complaint, and the tempter loses ground. They cultivate those attributes of character which will fit the dwellers on earth for the heavenly mansions. Such a testimony will have an influence upon others. No more effective means can be employed for winning souls to Christ.” Ellen White, Christ’s Object Lessons, p. 299-300. 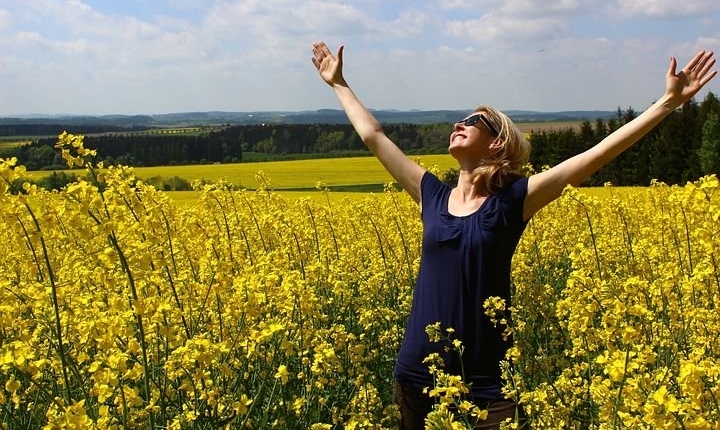 Is your gratitude overflowing in worship to God?

Jesus’ question comes home to you and me today: Are we giving thanks with the Samaritan leper? Or are we running to Jerusalem with the ungrateful nine?

Are our hearts overflowing with joyful gratitude and loving worship for God’s blessings? Or are we so eager to act on our blessings that we forget to adore the One who blessed us?

“Were there not ten cleansed? But where are the nine? Were there not any found who returned to give glory to God except this foreigner?” Luke 17:17-18

Praising God: Why should we “give thanks” in all circumstances? Will giving thanks make any difference in my circumstances? Is praise optional for a Christian? How do I praise God? If you have ever wondered about any of these questions, you need to read this powerful compilation of Bible and Spirit of Prophecy quotes on praise and thanksgiving. It will answer your questions, show you the benefits of praise, and give you the language you need to praise God. Click HERE to read it now.

Why Were the Nine Ungrateful?
Scroll to top