The Gospels record over 300 questions that Jesus asked during His ministry. Yet He directly answered only three of the 183 questions that people asked Him. Why? Perhaps because answers satisfy our curiosity and put our minds to sleep. Questions, on the other hand, stir up our thoughts, hassle our consciences and push us to find answers through deeper study. They encourage conversation and investigation. Good questions can be transformative. Jesus’ questions are all that and more. They have the power to cut through our assumptions, prejudices and fears to show us what is truly in our hearts. If we prayerfully answer them, Jesus’ questions will transform us.

“You are the salt of the earth; but if the salt loses its flavor, how shall it be seasoned? It is then good for nothing but to be thrown out and trampled underfoot by men.” Matthew 5:13

Have you ever wondered what Jesus meant by His statement “You are the salt of the earth”? And what is He getting at with His question? (We’ll look at Jesus’ question in depth in Unsalty Salt? Part 2 next week.) 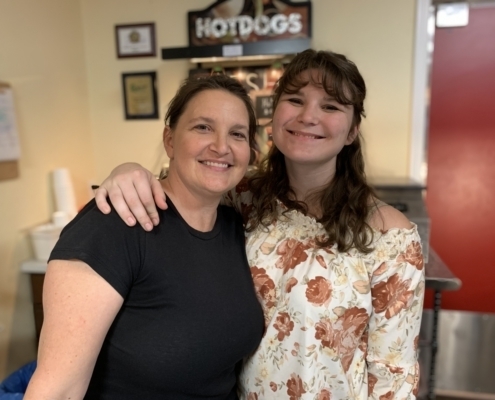 Shawna Hulsey (L) & her daughter Madison (R) share their smiles and faith at Blondies, a yogurt shop in Colfax, CA.

Shawna Hulsey knows the answer. She might not call herself salt, but she is a salty Christian.

Shawna owns Blondies, a yogurt shop in the small town of Colfax, California. Her bright smiles welcome all who walk through her doors. She knows most of her clients by name and has many opportunities to share Jesus.

“I speak more about the Lord here than I ever have in my life,” she says.

California’s recent power shutdowns caused Shawna to lose several thousand dollars of product. It broke two of her yogurt machines and shut her doors for 12 days. It was a huge loss for her small business.

Shawna submitted a claim to her insurance company for the losses but was told they would not reimburse her. She and her husband responded with fasting and prayer. Two weeks later, the insurance company called. They had reopened her case and were sending her a check. It arrived the next day and was enough to completely cover the cost of all the product she’d lost.

“God waited until the last minute,” Shawna laughs, “but He gave me everything I needed. I was able to pay off all the bills.”

Now she tells the story to all who will listen. “A lot of people are under stress these days,” she says. “It gives me more opportunities to talk about Jesus.”

The Significance of Salt in Bible Times

Before we can understand Jesus’ question about unsalty salt (to be explored next week), we must discover the significance of salt in Biblical times and what Jesus meant when He called us the “salt of the earth”.

Salt held deep significance in ancient times. Like us, the ancients used salt to improve flavor and preserve food. But salt was more than a food additive for them. Salt nurtured and sustained life. It also symbolized trust and friendship.

Salt was crucial for life in Bible times. Often used as a soil enhancer and fertilizer, sea salt helped crops to flourish. Many organic farmers still fertilize with sea salt for the essential minerals it adds to the soil.

Sweaty physical labor under the Mediterranean sun could make you feel miserable. Salty food fixed the problem. Today we know that excessive loss of salt can cause a potentially life-threatening condition known hyponatremia. 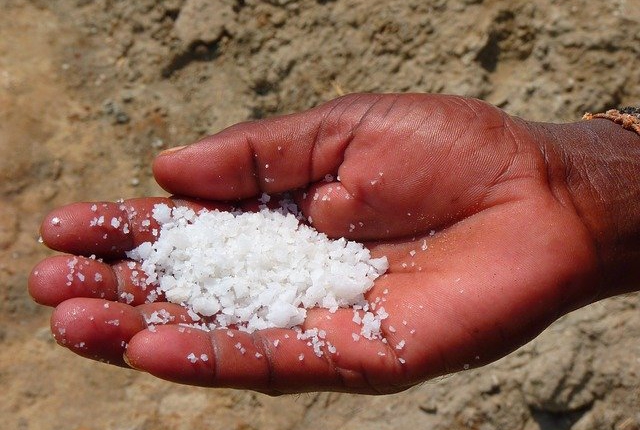 Offering salt, to another person or to God, was a sign of friendship and trust in Bible times.

Sharing salt and bread with one another was an important sign of trust and mutuality. Even today, Arabs share bread dipped in salt as a sign of friendship.

Salt was used as a symbol of trust in the Old Testament sanctuary system. The incense which represents the prayers of God’s people (see Revelation 8:3-4) was to be salted. True prayer rises most effectively from a trusting heart.

Every sacrifice was to be offered with salt. “With all your offerings you shall offer salt.” Leviticus 2:13. Offering a valuable resource like salt demonstrated trust in Yahweh and His ability to provide.

God used salt as a sign of His eternal covenant. “It is a covenant of salt forever before the Lord with you and your descendants with you.” Number 18:19 (See also Leviticus 2:13; 2 Chronicles 13:5; and 2 Samuel 7:8-16;). Covenants are based on trust between the parties involved.

God offers His eternal covenant of salt to us today. “This is the covenant that I will make with the house of Israel after those days, says the Lord: I will put My laws in their mind and write them on their hearts; and I will be their God, and they shall be My people. None of them shall teach his neighbor, and none his brother, saying, ‘Know the Lord,’ for all shall know Me, from the least of them to the greatest of them. For I will be merciful to their unrighteousness, and their sins and their lawless deeds I will remember no more.” Hebrews 8:10-12

Salt of the Earth – The Goal

Now that we have a Biblical understanding of salt, we are prepared to unpack what Jesus meant when He called us the “salt of the earth”. It’s a metaphor full of instruction and meaning for our Christian lives today.

God’s call to be the “salt of the earth” is a call to: 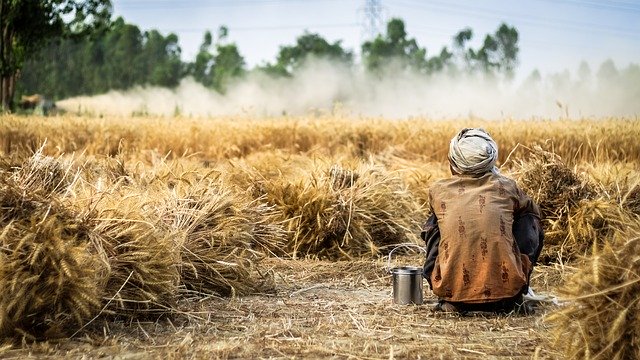 Salty Christians consistently live out their trust. Their witness nourishes spiritual growth all around them.

“You are the salt of the earth” means to trust God and live out our trust in our daily lives. It is living like Jesus did – wholly dedicated to God. Then we will be salty Christians who create spiritual thirst in those around us. Our lives will help others grow in their walk with God.

Shawna is living a salty life at her yogurt shop. Every Saturday, she closes Blondies in honor of the Bible Sabbath. She gets flack for it, but her consistent, joyful witness does not go unnoticed. Just recently a lady from another faith walked into Blondies with a bouquet of flowers for Shawna.

“I was thinking about you and how you are closed on Saturday, even though it’s hard,” the woman explained. “So many people say they are something, but to see someone who actually is willing to make sacrifices and live their faith is really inspirational.”

Read Ellen White’s comments on “Ye are the salt of the earth” in Thoughts from the Mount of Blessings. You can read them online HERE.

For an in-depth study of the Biblical use of salt and its implications click HERE.

“If the salt loses its flavor, how shall it be seasoned? It is then good for nothing but to be thrown out and trampled underfoot by men.” Matthew 5:13

Is it even possible for salt to lose its flavor? What does it mean for a Christian to lose their saltiness? How can we make sure to stay salty? We’ll explore these questions – and hear more of Shawna’s story in Unsalty Salt? Part 2.

Note: All Scriptures are taken from the New King James Version.

This site uses cookies. By continuing to browse the site, you are agreeing to our use of cookies.

We may request cookies to be set on your device. We use cookies to let us know when you visit our websites, how you interact with us, to enrich your user experience, and to customize your relationship with our website.

Click on the different category headings to find out more. You can also change some of your preferences. Note that blocking some types of cookies may impact your experience on our websites and the services we are able to offer.

These cookies are strictly necessary to provide you with services available through our website and to use some of its features.

Because these cookies are strictly necessary to deliver the website, refuseing them will have impact how our site functions. You always can block or delete cookies by changing your browser settings and force blocking all cookies on this website. But this will always prompt you to accept/refuse cookies when revisiting our site.

We fully respect if you want to refuse cookies but to avoid asking you again and again kindly allow us to store a cookie for that. You are free to opt out any time or opt in for other cookies to get a better experience. If you refuse cookies we will remove all set cookies in our domain.

We provide you with a list of stored cookies on your computer in our domain so you can check what we stored. Due to security reasons we are not able to show or modify cookies from other domains. You can check these in your browser security settings.

We also use different external services like Google Webfonts, Google Maps, and external Video providers. Since these providers may collect personal data like your IP address we allow you to block them here. Please be aware that this might heavily reduce the functionality and appearance of our site. Changes will take effect once you reload the page.