October 25, 2019-0 Comments on The Power of United Prayer-The Gift of Prayer, Uncategorized

The Power of United Prayer

“Again I say to you that if two of you agree on earth concerning anything that they ask, it will be done for them by My Father in heaven. For where two or three are gathered together in My name, I am there in the midst of them.” Matthew 18:19-20

In May of 2016, after months of intense preparations, 100,135 Rwandans gave their lives to Christ and were baptized into the Seventh-day Adventist Church. Church members had distributed literature, served their neighbors and gave Bible studies. Each was encouraged to bring at least one person to the evangelistic meetings held simultaneously at 2,227 sites across Rwanda. 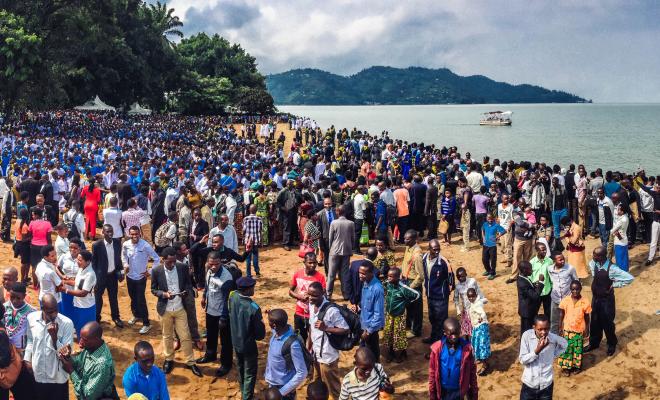 There is another layer to the story however. Initially, church leaders had set a goal of baptizing 60,000 people. But God had a bigger goal — one that was revealed, and fought for, through united prayer.

During a series of prayer conferences one year before the meetings, God impressed several individuals to pray for 100,000 baptisms. God inspired people’s faith and the audacious prayer goal spread. Soon pleas for 100,000 baptisms were heard in prayer groups across the country.

God answered those united prayers and ultimately over 110,000 people gave their lives to Christ in Rwanda.

United prayer (also called corporate prayer) is a God-given secret to accessing divine power. It is a form of prayer that every Christian can and should use. Unfortunately, many of us have not had the opportunity to participate in true united prayer. Because we haven’t experienced for ourselves what God can do through united prayer, we limp along, unaware of the world of possibilities He waits to give in answer to united prayer.

In this article we will answer the most common questions about united prayer:

What is united prayer?

United prayer simply means praying in harmony with other believers for a common goal.

Jesus defines it this way: “I say to you that if two of you agree on earth concerning anything that they ask, it will be done for them by My Father in heaven. For where two or three are gathered together in My name, I am there in the midst of them.” Matthew 18:19-20

Jesus promises to be with us whenever we agree with others in heartfelt prayer.

“Our Saviour follows His lessons of instruction with a promise that if two or three should be united in asking anything of God it should be given them. Christ here shows that there must be union with others, even in our desires for a given object. Great importance is attached to the united prayer, the union of purpose. God hears the prayers of individuals, but on this occasion Jesus was giving especial and important lessons that were to have a special bearing upon His newly organized church on the earth. There must be an agreement in the things which they desire and for which they pray. It was not merely the thoughts and exercises of one mind, liable to deception; but the petition was to be the earnest desire of several minds centered on the same point. — Ellen White, Testimonies for the Church, vol. 3, p. 429

United prayer can happen in a variety of ways, including: praying together over the phone, in person in a small group, through an online meeting, or in a church-led prayer meeting. It does not matter whether the prayer gathering is formal or informal. What matters is that our hearts are in tune with Jesus and each other, that we are pleading with God for a common purpose.

What are some Biblical examples of united prayer?

The Bible is full of stories of united prayer. A few examples will give us insight into the role corporate prayer should play in our lives and churches.

Jehoshaphat and the Praising Army: The people of Judah had returned to God under the leadership of good king Jehoshaphat. Now their faith was tested as a great multitude of Moabites and Ammonites came to make war with them. King Jehoshaphat “feared, and set himself to seek the Lord”. He also called all the people of Judah to join him in prayer and fasting for deliverance. Whole families joined in earnest prayer at the temple as Jehoshaphat entreated God for deliverance. God’s answer came swiftly. A temple musician was filled with the Holy Spirit and gave these words of encouragement, “Do not be afraid nor dismayed because of this great multitude, for the battle is not yours, but God’s… You will not need to fight in this battle… for the Lord is with you,” 2 Chronicles 20:3,15,17. Jehoshaphat and his people believed God’s word and sang praises all the way to the battlefield. When they got there, they found that their enemies had killed each other off. All they had to do was clean up the spoil.

The Life of Christ: Jesus both taught that we should pray with others and modeled it in His own life. Thirty-three of the 37 verses in the Gospels about prayer use “you” in the plural form in Greek. That means that almost all of Jesus’ teachings about prayer are about corporate prayer! For example, Matthew 7:7 actually reads “You all ask, and it will be given to you all; you all seek, and you will all find; you all knock, and it will be opened to you all.” Jesus also prayed often with His disciples and longed for them to pray with Him in His final hours in Gethsemane.  – John Franklin, And the Place was Shaken, p. 10-11.

The Birth of the Church: Jesus’ followers met together for ten days in an upper room to pray after His ascension. They sought the promised Holy Spirit “in one accord in prayer and supplication”. God answered their prayers on Pentecost when “they were all with one accord in one place. Suddenly there came a sound from heaven, as of a rushing mighty wind, and it filled the whole house where they were sitting. Then there appeared to them divided tongues, as of fire, and one sat upon each of them. And they were all filled with the Holy Spirit…” Acts 1:14; 2:1-2 The apostles went out and preached so powerfully that three thousand were converted in a day.

Why do I need to pray with others?

Oxygen is vital to our physical survival. Just five to ten minutes of oxygen deprivation can result in permanent brain damage. Death quickly follows. What if our lungs took in oxygen, but did not distribute the oxygen to the rest of the body? We wouldn’t survive long!

When we give our lives to Christ we become part of His body. Every part of this body of believers needs prayer, just as every cell in our body needs oxygen for survival. And just like our human bodies, the different parts of Jesus’ body must work together. “God never intended for us to be private little independent units working all alone. We are to be a collective body made up of many members, working together in unity to exhort, encourage and spread the gospel. This unity should also influence the way we pray.” Melody Mason, Daring to Ask for More, p. 77

How do I pray with others? It feels so awkward!

Many people struggle with the idea of praying out loud with other people. Perhaps you are one of them. If so, take courage. God will give you the ability to do what He is calling you to do.

“Whatever is to be done at His command may be accomplished in His strength. All His biddings are enablings.” Ellen White, Christ’s Object Lessons, p. 333

Here are some practical suggestions that will make it easier to pray with others:

I’d like to start a prayer group. Where do I begin?

Perhaps you sense God asking you to start a prayer group with your friends, family or local church. Go for it! You will be so blessed as you follow His lead. Here are some suggestions to help you get started:

A small prayer group begun in 2011 by a lay couple in western Kenya has since grown to include over 400 people and led to the baptisms of over 100 Christian pastors into the Seventh-Day Adventist Church. 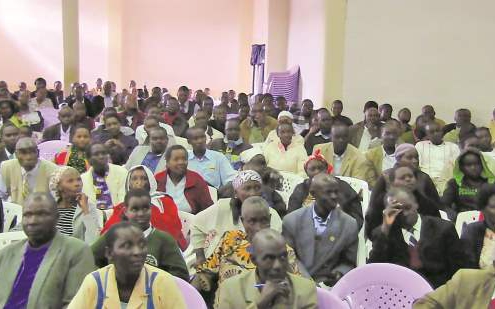 The couple, Adventist entrepreneurs Philip and Chepchumba Rono, began the prayer group with just people in 2011. They prayed for 2-4 hours each Monday and joined in church-led revival and reformation initiatives. Attendance soared from 50 to 150 in 2014 when they added a second prayer group. Two hundred people joined in 10 Days of Prayer in January 2015. By May, over 400 people were attending the regular prayer meetings the Ronos led.

Then two members invited 12 pastors from other denominations to join a night of prayer. They were impressed and wanted to learn more. A seminar was organized and 16 pastors were baptized during 2016. As of this date, there have been over 100 pastors that have been baptized into the Seventh-day Adventist Church.

Truly, united prayer is vital to our personal spiritual lives. As we’ve also seen, it is a God-ordained means of success for His church on earth.

“If two of you shall agree on earth as touching anything that they shall ask, it shall be done for them of My Father which is in Heaven. For where two or three are gathered together in My name, there am I in the midst of them” Matthew 18:19, 20

“The promise is made on condition that the united prayers of the church are offered, and in answer to these prayers there may be expected a power greater than that which comes in answer to private prayer. The power given will be proportionate to the unity of the members and their love of God and for one another.—Letter 32, 1903, p.5 (To Brother and Sister Farnsworth, January 28, 1903.) White Estate Washington D.C. October 22, 1979 (9MR 303.3) –MR No. 748 – The Power of United Prayer

Intercessory Prayer – The Prayer that Changes the World